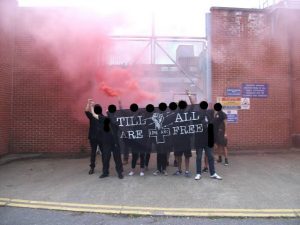 I was walking along the streets of Dublin recently and overheard a young middle class man
says this: “it’s great that we live in a country where we are free.”
Now this article/essay isn’t intended to belittle that man by saying it’s easy to be free when in
the middle class prism it’s intended to prove that both him, myself and indeed everyone on
that street that day and indeed every day aren’t free at all, despite how much we all say it in
a Europe that profited and built itself off colonialism and in an America which would have
never become the beacon of capitalist extremism it is today if it wasn’t for the slave trade.
So the places which tend to value freedom the most got what little freedom they have from
attaching millions to bondage, this is the first lie of freedom ‘you are born with it.’ No your
ancestors stole it.
The second lie of freedom comes from thinking you are free. Why?
Why are we free and they usually say because we have democracy, but do we? I would
argue no, that the democracy we have is tame and doesn’t impact our lives much at all.
Put it this way, I work 8-10 hour days in a company where I have never voted or had any say
in how it’s run, I work an average of 8 hours a day there, I sleep for another 8 hours so
what’s left is one last 8 hour section which I spend about 2 hours going to and leaving work
so really most of my conscious day is spent working for a millionaire to make him richer in a
job which doesn’t really give me or anyone else much happiness, all I use it for is to scrap
through a monthly rent and food, so basically I spend most of my time doing something that
gives me no happiness or fulfilment and doesn’t even improve my living situation so I can
keep living an unhappy and unfulfilled life in a perpetual depressing motion that if anything
verges on madness and is a complete affront to the notions of democracy and freedom. If I
have never voted in the place where I spend most of my day then how do I live in a
democracy?
“oh’ the naysayers would say ‘democracy is governmental, you vote in elections, you live in a
democracy.”
Again I don’t agree voting once every few years for someone who is more than likely going
to put themselves above all citizens in order to gain money, power, privilege isn’t democracy
as it was intended to be or indeed as it’s most efficient form could be.
We see in Switzerland a form of direct democracy where votes on local issues and laws take
place in cantons with degrees of federalised independence between each canton. This
affords each citizen a say in the laws that are chosen not the people who choose them, this
cuts out the unnecessary middle man known as the politician.
And if freedom is democratic the greater democracy the greater the freedom.
But let’s say democracy isn’t linked to freedom, then what is freedom?
It should be the lack of tyranny then.
And I agree that in the decadent west tyranny isn’t common at least in its first and most
pervasive form, this is the type everyone thinks of with tyranny, a strong leadership with
gangs of thugs sometimes called the army or police or secret service whatever they are
called all are essentially the same thing the fist of the state, the group that will initiate the
states violence when needed usually against a scapegoated group who in all cases are
pretty harmless to the state as a whole but bullies never pick a strong victim do they.
However their is the second form of tyranny, it’s not a tyranny where you’ll be beaten for
being the ‘wrong type’ of person but instead it’s what some call workplace tyranny, where you are technically free but under the constant gaze and supervision of the bosses most
useful idiot who’s there to tell those in power if one person is cutting corners, not meeting
targets or god forbid trying to establish a union.
This tyranny of constant supervision is not just a workplace phenomenon, on every street where I live there’s cctv cameras, if I change jobs, move house or even have a kid I have to tell the state and they have to agree to it, big brother isn’t just watching me I’m chained to his wrist. And we let this happen, why? Safety! We’re we in that much danger to begin with?
And if security cameras are in 90% of places then illegal activities would obviously move to the 10% this then fits the narrative that we need to be watched for our own safety so we have to put cameras there too so then we get to be safe and the state can watch us from
birth to death ready to take us down if we suddenly realise how the status quo works.

We often hear the phrase “if you have nothing to fear you have nothing to hide” well let’s not forget that the states eyes (cctv cameras) are being manned by people who can change the laws, so even if I have nothing to fear today when will that change? And how quickly?
And just for context, I realise that this article is going to countries far away from mine, many of which are countries that have been colonised in their past (so was mine I just had the fortune of being born in Europe and am white (let’s be honest that’s why my country is better off)), these non European colonised countries are known as the ‘developing world’ but developing into what? A corporate run semi democracy run by a small gang of bankers who get to make all the decisions, own all the property and decide the laws for the vast majority like every ‘developed nation’. Is that what you want? Why? Because you’ll also get a washing machine and an iPhone, that is the choice of our generation commodities or freedom and people aren’t queuing for hours for Apple’s new freedom pad.
So if I’m not free in work, if my country is telling me that I’d rather be ‘safe’ than free and if I’m writing this on a device whose camera is watching me and who’s microphone is listening to me, if I am watched listened to from when I wake up to when I sleep from birth to death, I am not free no matter how much I call this a free country, which incidentally I pay to live in eatin and sleep in. Really I am a slave to corporate interests and kept in line by the state, I amowned, a commodity, a prisoner of capitalism who’s allowed to run around and buy Things. 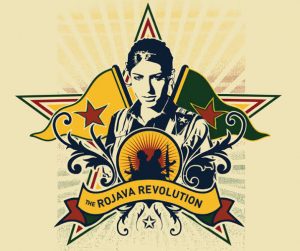